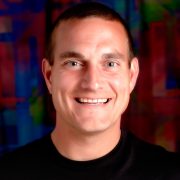 Justin M. Tomicich grew up in St. Charles, Missouri and graduated from St. Charles West High School. Upon graduation, he enlisted into the United States Navy serving as a Jet Engine Mechanic working on F/A 18 Strike Fighter Jets until he was honorably discharged in 2000. After being discharged, he went onto earning a Bachelor’s degree in Applied Behavioral Science (Minor-Coaching) from Quincy University and then earning a Master’s degree in Community Counseling with emphasis on Marriage and Family Therapy from the University of Missouri-St. Louis. Justin has been serving local youth since 2001 and has received various honors from the community. These honors include being an intricate part of “Counseling for Positive Change” along with being a recipient of “The National Health Service Corps” Award, where he served in American communities with limited access to care. 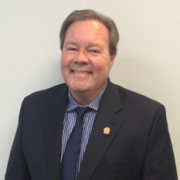 Dr. John R. Spraul attended the University of Missouri St. Louis prior to entering Logan Chiropractic College where he graduated in 1973. Dr. Spraul has been practicing Chiropractic in St. Charles County for over 45 years. He is married to a wonderful and supportive wife, Brenda, and between the two, they have 5 children and 6 grandchildren. He has also been a member of the St. Peter’s Kiwanis, a community service organization, since 1978. 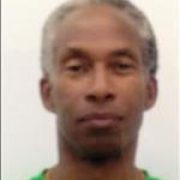 Lt. Colonel Craig Adams graduated from the United States Air Force Academy in 1977 (Pride Ride) with a Bachelor of Science degree (Organizational Behavior). He played football, ran track, and served as a graduate assistant prior to attending undergraduate navigator training. He served for 24 years in the Air Force as a navigator (C-130) and in various staff positions (instructor, evaluator, executive officer, commander, plans, office of the inspector general, deputy director of operations). In 2001 he retired as a Lieutenant Colonel. He spent the last 17 years as a soccer referee at various levels (high school, collegiate, United States Soccer Federation) as an instructor and mentor. He has refereed in all 50 states….yes that includes Alaska and Hawaii! Lt. Colonel Adams is also an active member of the New Life In Christ Interdominational Church.

Jose Jones is a Licensed Professional Counselor, retired professional boxer and founder of The Boxing Therapy. Jose currently has his own practice and gym called The Boxing Therapy. Two of his major programs are “Real Living Champions in Life” and “The Living Life Without a Label.” He holds three Masters degrees and earned a PhD in Education from Lindenwood University in 2018. 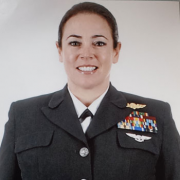 In 2007, Rebecca earned her Bachelor’s Degree in Business Administration (International Business/Management). In 2008, she ran for Council Woman in Ambler, PA and in 2013, she joined the Comprehensive Committee Team for Magnolia, Delaware; where she currently resides. In 2014, she was asked to join the Town Council for The Town of Magnolia. In 2017, she resigned from the town council to concentrate on finishing the rehabilitation of her 1937 Craftsman Bungalow, which she finished in just under 6 years. She has a beautiful son that is the apple of her eye. Currently, she is working at Dover High School as a paraprofessional, teaching children with disabilities. She has recently started working on her Master’s Degree in Special Education. Her main focus of study is on the effects of childhood traumas and adversity with concentrations on foods and environmental effects on behavior. 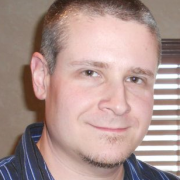 Glenn Wiley grew up in St. Charles and graduated from Francis Howell High School. He has a Bachelor of Arts degree in Business Administration from Truman State University and a Master of Science degree in Computer Science from Webster University.

Glenn has a passion for technology and works as a senior software engineer at World Wide Technology, LLC, a leading technology services provider. He serves local youth in the Boy Scouts of America as an Assistant Scoutmaster for Scouts BSA Troop 911 for girls and as Troop Committee Secretary for Scouts BSA Troop 533 for boys. Glenn provides guidance and support for the technological needs of Youth In Motion, including the website and social media. 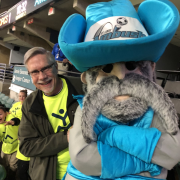 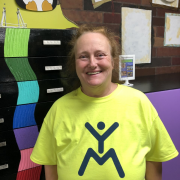